This international network of police unions was started by the Canadian Police Association (CPA) in 1996 and now has approximately 1.5 million members affiliated through national police associations and federations.

The International Council of Police Representative Associations (ICPRA) has issued a rallying call for every police force in the world to assist with the documenting of evidence to assist with the prosecution of war crimes being committed in Ukraine.

The following statement was issued by Tom Stamatakis, President of the International Council of Police Representative Associations (ICPRA), regarding the ongoing humanitarian crisis unfolding in Afghanistan.

In 2017, the Police Federation of Australia secured a $1 million-dollar grant from the Proceeds of Crime Account (POCA) (Section 298) to fund a National Awareness Campaign on Police Officer Mental Wellbeing.

Two key elements of the campaign were a …

OTTAWA – The International Council of Police Representative Associations (ICPRA) has written to the South African Police Minister, the Hon. Bheki Cele, to express their concern regarding this weekend’s arrest, in Pretoria, of South African Police Union President Mpho Kwinika, …

No Easy Thing to Address the Burden of the Past

There’s an entire generation in Northern Ireland for whom the ‘Troubles’ were something that happened before they were born. They never woke up to the latest news of appalling terrorist actions or the misery they left in their wake.

The ICPRA Biennial Conference was  held in Glasgow, Scotland on 06 & 07 June 2022.  A copy of the minutes will be available soon. 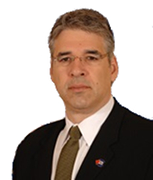 Mr. Stamatakis has sat on the Board of Directors of the Canadian Police Association (CPA) since 2003, and served as Vice-President of the organization since 2005 and acclaimed President for a second term in September 2014.

Calum Steele is the General Secretary of the Scottish Police Federation having been first elected to the role in June 2008.

Use the contact form below for media or other inquiries.