Dealing With The Past Is Next Big Challenge 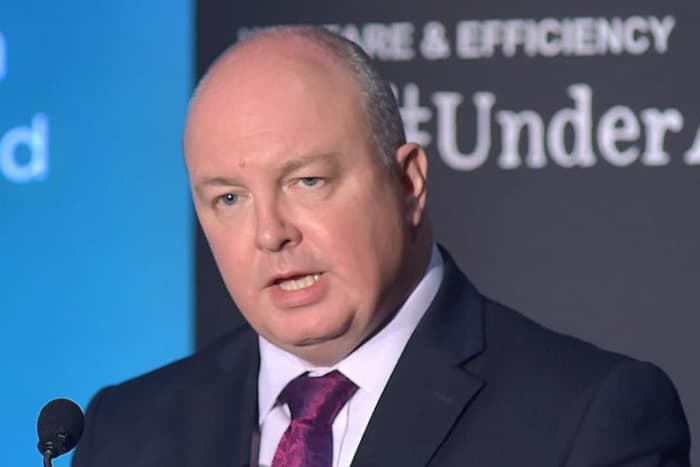 Dealing with the past can often impact badly on the here and now, and nowhere else is that more the case than Northern Ireland.

Legacy is a potentially toxic issue. Since the 1998 Belfast or Good Friday Agreement, which was supposed to signal an end to terrorism and deliver lasting peace, the past has been the spectre in the room – always present, never moving and well-nigh impossible to exorcise.

Who did what? How Police Officers who combatted Republican terrorism should be treated? How the bombers and killers should be regarded? And, of course, the headlong and ill-judged rush to bandy the word ‘collusion’ – a convenient condemnation of the security forces by those who continue to manufacture a link between the State agencies and certain Loyalist terrorists.

Right now, there’s a major government Consultation underway on Legacy. Not surprisingly, it featured prominently at the Annual Conference of the Police Federation for Northern Ireland which was attended by more than 100 delegates and fraternal guests.

We will be making a detailed, candid and straight-forward submission to this Consultation. It will not pull its punches.

Throughout the ‘Troubles’, Officers in the Royal Ulster Constabulary (RUC), the forerunner to the PSNI, contributed massively to building the circumstances for peace. They thwarted and frustrated attacks; saved the lives of tens of thousands of citizens; arrested countless numbers of terrorists from both republican and loyalist organisations and were chiefly responsible for ensuring that many of them were incapable of doing nothing more damaging than mounting prison protests while they served their sentences.

Not surprisingly, the men and women of the RUC were despised by their sworn enemies. More than 300 were murdered. Thousands were left with often grotesque injuries. Physical scars heal but for many, it’s the PTSD and other psychological conditions that deliver daily challenges for them and their families.

Which is why dealing with the past – this Legacy Consultation – is proving so challenging. Our view is that we are totally opposed to any legislation that proposes
an amnesty for any crime, whether it’s committed by a Police Officer or a terrorist from whatever side of the sectarian divide.

There is a danger that the names of some of our colleagues could be sacrificed for the sake of political expediency. That would amount to a monstrous injustice, the ultimate
insult.

Let us deal in facts, not story-telling, myth or fiction. If facts support a case, then prosecutions must follow. The criminal justice system is the place to resolve outstanding crimes, where the evidence is the only determining factor. A political solution would merely serve to give space to rumour-mongers and conspiracy theorists.

I told Conference that our colleagues did what was right. They must not be treated the same as the people who pulled the trigger or planted the bomb. It would be intolerable and massively offensive if their good names were to be used in the same breath as the killers.

I was delighted when much of the sentiment that I expressed was echoed by the Secretary of State for Northern Ireland, Karen Bradley MP.

Addressing delegates, she said: “We will always reject attempts to re-write the history of the troubles in ways that seek to justify or legitimise republican or loyalist terrorism…

“….And we will never accept moral equivalence between those who upheld the law and those who sought to destroy it.”

Those are two very strong markers from the Government and we have welcomed the expression of support.

Brexit, what happens with the border with the Irish Republic when the United Kingdom leaves the European Union, was also on our agenda.

We have a land border of more than 300 miles and threw up enormous challenges when we had 13,000 Officers supported by thousands of soldiers. Nowadays, we have a little more than 6,600.

In whatever is decided about the UK’s only border with another Member State – and that’s a job for Governments – the inescapable truth is that there will be very significant security implications.

How the border is policed; the ‘cover’ provided to other State agencies such as Border Force and HM Customs & Excise; the enforcement of rules; liaison with our counterparts in An Garda Siochana and 24-7 monitoring of newly installed security apparatus are all issues that have to be examined, and resolved, in the short-to-medium term,

The Chief Constable has halted the sale of a few former Police Stations and is making the case for 300 additional Officers, a call which the PFNI supports. Irrespective of the outcome to negotiations, the investment that is required is significant.

Decisive action is required, and it’s about time that aspect of the Brexit debate got the attention it so richly deserves as we head into uncharted waters.