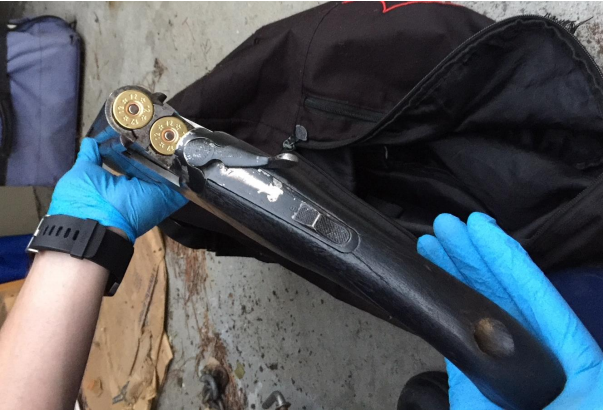 The Police Association and Police National Headquarters (PNHQ) both want to improve the official recording of firearms incidents in New Zealand.

Both the Association and the PNHQ know there are almost daily reports of criminal incidents involving firearms in New Zealand.

Both the Association and PNHQ know there are almost daily reports of criminal incidents involving firearms in New Zealand.

However, that is not reflected in the official record of firearms-related occurrences, which has become a source of frustration to those who perceive a growing risk to public safety.

The disparity between reporting and recording has been looked into by the Police Strategy Group (PSG) and the National Intelligence Centre (NIC).

Earlier this year, PSG manager Catherine Petrey and NIC research analyst Lana Lankevich collated data on every firearms-related incident reported to the National Command and Coordination Centre (NCCC) between December 8, 2017, and February 25, 2018 (not all incidents are reported to the NCCC, but the sample was considered large enough to be representative).

The results were telling. There were 86 incidents reported over 79 days, but only five were correctly recorded in the National Intelligence Application (NIA).

The 86 incidents were broken down this way:

Under Police’s National Recording Standard (NRS) guidelines and Case Management
practices, all those occurrences should have been recorded in NIA.

“So the reason for the disparity in reporting is really clear,” Catherine says. “Information on the involvement of firearms in incidents is being reported somewhere, but not where it can be retrieved for analysis or reporting. It involved Lana looking at different databases and reading individual narratives. Imagine trying to do that on an annual basis?”

The NRS requires that firearms be recorded as a “property item” in NIA. If that doesn’t happen, the number of firearms cannot be counted without extensive collation and research.

So far this year, there have been multiple mentions of firearms in records filed by police officers, but only 10 have appeared under “item” in NIA.

Catherine and fellow PNHQ staffer Catherine Gardner, who oversees the File Management Centres (FMCs), are on a mission to get all firearms data correctly captured and to educate
staff about how to do that.

One of the problems is a lack of knowledge about recording in NIA, which is where the FMCs can help, says Catherine G. “They are there to provide this support. Let them know
and they will capture this information correctly in NIA.”

District and area commanders have been asked to reinforce the message to staff and Police is putting together a learning video for districts.

Police’s own data quality team, the Assurance Group (AG), did a firearms audit in 2016 that also showed that recording of firearms in NIA was not routinely done.

In 2016, Police told the Law and Order Select Committee looking into the illegal possession of firearms in New Zealand that any data relating to lost, stolen, seized, etc, firearms should
be considered provisional only, because the way the information was being recorded, “it becomes difficult or even impossible to aggregate for statistical purposes”.

“A change is required,” says Catherine P. “Just because it’s in a police officer’s case notes doesn’t mean it will be recorded in the system. It has to go in the correct place, which is
under ‘item’.”

She explains the importance of getting the data entry right. “When firearms are presented at police or small-business owners, the public expresses concern that dissipates quickly. The
majority of New Zealanders go about their daily lives without ever seeing a firearm.

“Other than the anecdotal reports from our frontline police, we don’t know the level of risk to the public, let alone all frontline workers. Nor do we know if the risk is increasing or
decreasing.

“The public and all licensed firearms owners all need to understand and know the level of risk if that risk is to be mitigated appropriately. We must not wait until there is another
tragedy.

“We want to support the frontline with data, but we can’t do that unless the information is provided correctly.”

Police Association President Chris Cahill said the issue of firearms in the hands of criminals is a much greater risk than New Zealand realises.

“A number of the gun lobby think we’ve been crying wolf over the seriousness of the firearms issue in New Zealand, but these figures show that actually, it is a major problem,” Mr Cahill
said.